The nonstop Flight-JTA95 is ready for take off and The destination is Springfield,MA 2040.  On a crisp Northern California Thursday at precisely 1:20pm May,13 2021 the Golden State Warriors front office officially released a press statement stating the team had signed forward Juan Toscano Anderson “JTA” to a Multi-Year contract. (Plays JayRock “WIN”)

The six foot six second-year guard with the agility, speed & court-awareness of a point guard is averaging 5.5 points, 4.3 rebounds and 2.7 assists in 55 games this season.  The 28yr old earned a starting position in 15 games for the Warriors this season and “Earned” is an understatement. JTA is GSW’s true SWISS Army Knife (The Big one that you always wanted but couldn’t afford that even had a small flashlight and a baby hammer on it that was thicker than your pops wallet) JTA’s on court B.A.R.S. (Ball Awareness Radar System) has military precision and is only evolving with each game. As a forward he can drop the clutch dime, setup a mean screen, beat contenders on the fast break and make the clutch III when needed. This guy is just a 100% well rounded Baller, period. This type of NBA player is hard to come by for any team and it takes years of hard work and dedication to achieve the level of all around skill Juan Toscano Anderson has achieved on the court.

A native of East Oakland California a culture curating nucleus known for giving the world some of its most talented entertainers, athletes, trends, terminologies and nostalgic vibes. The 95th Avenue area of The-Town as Oakland is known, is undoubtedly proud of the Golden State Warriors signing of Anderson.

JTA is only the third player in Warriors franchise history ever to convert from a Two-Way Contract to a Multi-Year deal, and for those individuals who are unfamiliar with what exactly the meaning of a “Two-Way” contract is in the world of the NBA here’s A-Bit-O:

Beginning in the 2017 offseason, NBA rosters expanded from 15 to 17 players with the addition of two spots for players under “Two-Way Contracts.” For the 2020-21 season, NBA teams may now have up to 15 active players for a game.

NBA teams may have up to two players under NBA Two-Way Contracts who, new for the 2020-21 season, may be active for up to 50 games with their NBA team. This season, players signed to Two-Way Contracts are paid one salary for their time in both leagues. Only players with three or fewer years of NBA service are able to sign Two-Way Contracts, which can be for either one or two seasons.

Toscano-Anderson, who signed a two-way contact with the Warriors on December 22, 2020, is averaging 5.5 points, 4.3 rebounds, 2.7 assists and 20.3 minutes in 55 games (15 starts) this season. The Oakland native has scored in double-figures 10 times, including a career-high 20-point performance on April 15 at Cleveland. On May 1 at Houston, he recorded a career-high five blocked shots and four steals, becoming the first Warrior since Draymond Green to record those numbers in a game.

JTA  is a rare High-Flyer as well and the game seriously needs that, that’s what gets the kids both young and old out of their seats, on their feet and sells the bedroom wall posters. The steal that leads to the fast break and “Showtime-Dunk” which has become an all to rare occasion in the NBA nowadays will surely end with a highlight reel worthy dunk with JTA. 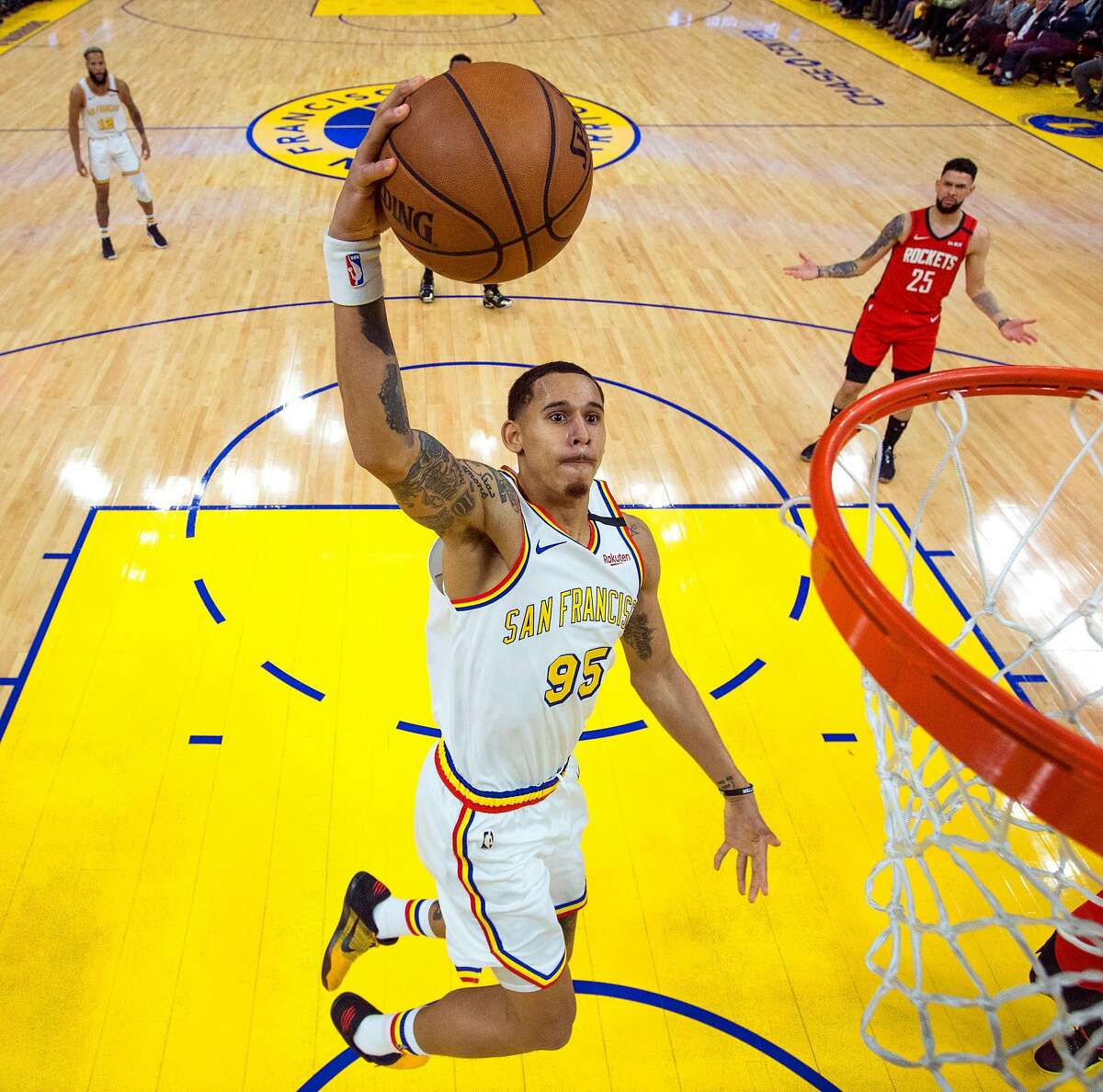 The game of basketball is one of strategy, skill, awareness, teamwork and showmanship and the crowd wants to be entertained. Juan Toscano Anderson entertains and delivers on that hefty ticket price you paid even though you forgot your glasses at home and can barely see the court. Rest assured JTA is going to bring that excitement in a FreshNew way each time he touches the ball or apples inbound bracket pressure. theres something very special in the works, a special type of Magic is slowly building towards a greatness that will undoubtedly leave a lasting mark on the NBA.

The game of basketball is one of strategy, skill, awareness and showmanship and the crowd wants to be entertained. Juan Toscano Anderson entertains and delivers on that hefty ticket price you paid even though you forgot your glasses at home and can barely see the court. Rest assured JTA is going to bring that excitement in a FreshNew way each time he touches the ball. theres something very special in the works, a special type of Magic slowly building towards a greatness that will undoubtedly leave a lasting mark on the NBA.

Nike…. Uhhhh you might wanna double down, Quick….IJS because Juan Toscano Anderson has that Charisma and all around skill level that the kids are going to gravitate to, let’s face it the Golden State Warriors just signed a new Marvel Superhero to a Multi, it’s just a matter of time before that presence and level of comfort unlocks all JTA’s abilities, don’t believe me just watch!

Finally the Kid who always carried a basketball and searched for pickup games from the East to West Oakland just to Ball and brought East-Oakland Showtime to Castro Valley will have his shot to prove he is H.O.F. Material! 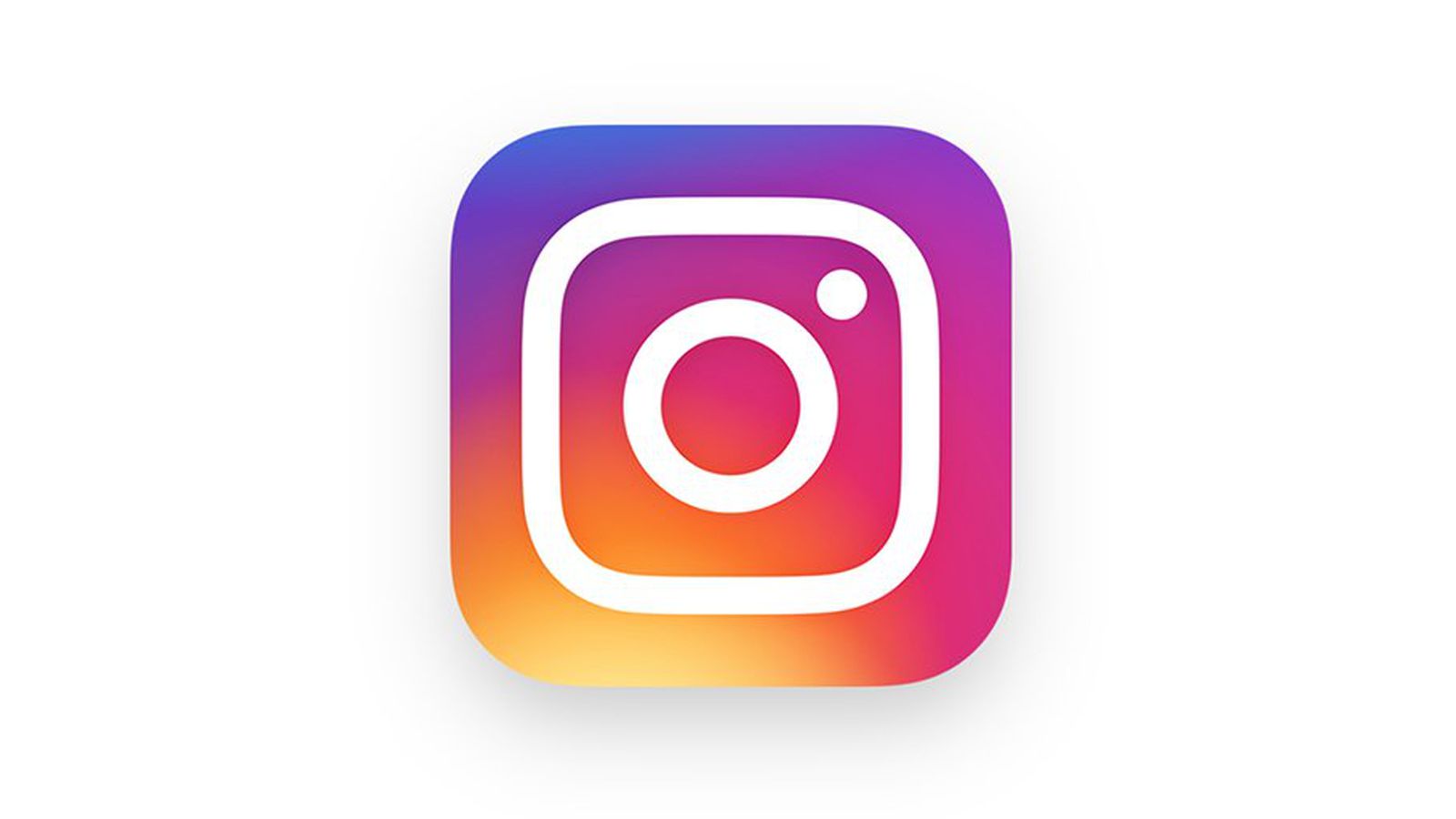 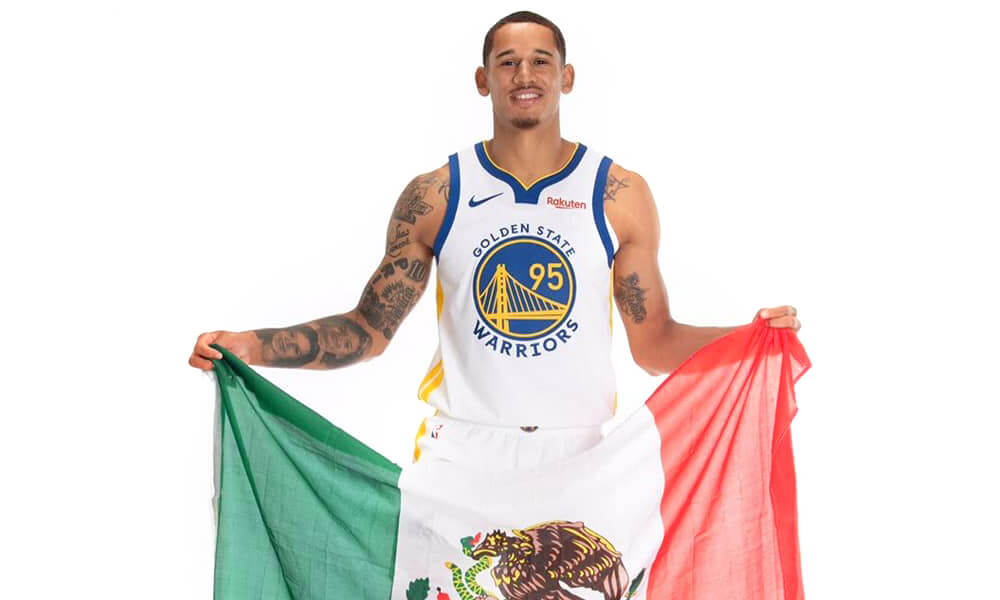 This is why they call him “Logo Lillard”